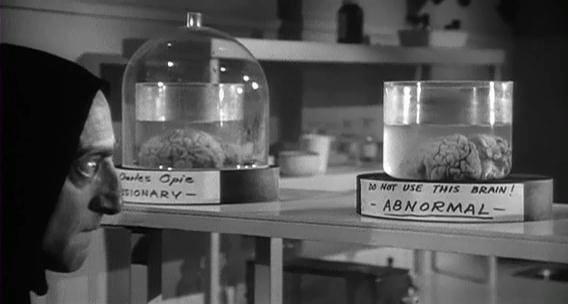 Yep, we are going to chat about my new normal or abnormal if you will.  (And, DAMN……..  I didn’t realize how much time elapsed since my last post.)

The fact is that I am trying and at times struggling to sort through my new Normal/Abnormal life and that is the reason that I haven’t posted in awhile.  It’s not like I have written a couple of draft blog posts only to delete them because I didn’t like the flow or the content that I wrote about.  During this time of upheaval and exploration, I just couldn’t get my mind wrapped around anything specific.  It is almost like I am in a bit of a fog, not quite sure where things are headed yet still trying to focus on going forward.  It has been a period of a lot of thought and also some heavy duty focus on family time.  But, pitter patter, time to get at ‘er.

So, for all intent and purposes, my PTSD is at the in-remission stage of things if you will.  I still have it, but I am able to deal with it.  Basically, I describe it as being a sober alcoholic – I’ve dealt with the causes, have my tools and will now be in recovery for the rest of my life.  It really is a fairly good comparison.  And yes, I am one of those people that don’t believe you get cured from PTSD.  Instead, I see it as a matter of learning to live with it.  It becomes a lifestyle in some ways in which you dance with the things that happen around you so that you don’t absorb anymore trauma yet you are present in the moment and deal with whatever is before you.  That’s pretty much where I am at these days.  It is not easy but it isn’t as hard as the work I put in to get here.

For me, part of my new normal is trying to stick with my daily routines (cue lifestyle) so that I am prepared for the day as well as trying to process things that come up.  To be honest, it is more of the latter that has been presenting the issues as of late.  That’s not to say that I have a perfect routine but for the most part, I am doing enough to get me through right now but there is room for improvement.  Mostly, I need to get consistent with physical activity again as a means of venting the pent up energy I seem to have.  As for the processing of things, to quote Willy Shakespeare “Ay, there’s the rub.”

I find that it is very easy for my mind to get sucked into the negativity vortex and take up a front row seat at the Itty Bitty Shitty committee’s community forum in my head.  The good news is that I can recognize it happening and take evasive maneuvers to correct it before it gets too late.  The bad news is that there are times that I almost enjoy the feeling, like putting on the old cozy sweater on a cool day (ironic considering that the temperatures are so out of wack).  You start down the old “stitch and bitch” session with yourself and you strive to win the one person debate club argument.  And anyone who knows me is aware of my love of a good argument that might have something to do with my Irish roots.  At some point during the slide, I realize that even if it feels good at the moment, I have to exit from it to protect myself.

There have also been times in which I begin to over process situations to the point of becoming stuck.  This is a newer phenomenon for me and can very quickly begin to spiral out of control.  Part of it is that I have always liked to think through a situation but now, I analyse the situation, begin to go through potential options or routes to take and then analyse each option.  In fact, it is almost an uncontrolled desire to control every aspect of a task so that I can deal with the outcome.  From doing a bit of research however, it appears that this is a normal action that many with PTSD do.  It’s an attempt to control the outcome so that you don’t have to worry about the journey to get there.  A very skewed hypervigilance if you will.

Imagine being asked to go to the store to pick up some groceries.  Seems simple enough right.  But in my PTSD mind, I map out the route to the store, the parking lot, the layout inside the store, the approx. time I will need to be in there and my return trip.  My mind also adds things like, what if: you get rear ended, you get t-boned going through the light, the parking lot is full, the store is closed, blah, blah, blah……  That kind of skewed hypervigilance that makes you think of EVERY possible variable, plausible or not.  You want to be prepared for anything and everything to happen or even the mere long shot possibility that something strange and unusual might happen.  You gotta be ready folks………  Not really but that’s my committee’s thinking.

This past while has also been rough because I began to slip into a desire to try and appease others by changing how I was doing things.  Like I said above, I have a routine that works for me but I figured I could tweak it because I was doing so well.  I quickly found out that any small change to my routine definitely carries with it a ripple effect that messes up the rest of the routine.  Okay, in keeping with my goal of being honest in this journey, it might have taken two separate attempts to change things up for me to catch on.  I never claimed to be anything more than a trained monkey or as Bubbles (query Trailer Park Boys) puts it, “A Space Cadet”.  Call it stubborn, call it stupid, call it trying to hold on to the past.  Whatever you call it, it comes down to just plain dumb.

In the past few months I have come to understand what normal or abnormal means to me now.  It is a painful lesson to learn and I will be dealing with the ripple effects for a bit.  So much so that I decided, in consultation with my psychologist that I needed to step back away from work for awhile.  The funny thing is that I don’t see it as a negative.  In fact, I view it as growth and a huge positive in my journey.  I need to re-settle back into the routine and lifestyle that was working for me, without trying it to change to appease others.  My life will always have this tag along friend called PTSD and because if it, I have to evolve to understand it and live with it from here on out.  Lesson learned and message received.

As my Doctor stated “You now know what your new Normal is.”  How true he is.